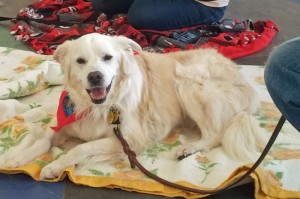 Time can go by so quickly during the holiday season.

Hope is doing very well.  He has had two treatments since my last blog, Vincristine and Cytoxin.  He did not get sick following these drugs, and we have kept him on the appetite stimulant and the oncologist added Pepcid AC to his regimen on Wednesday to help keep his stomach settled.  The oncologist said that Hope is doing exceptionally well!  He will continue a schedule of chemotherapy every other week and we hope this will be easier on his body.

During his weigh-in this week, we found that he has gained 1.5 lbs.  It has taken a lot of work to keep his weight from dropping.  Besides his raw diet, we have been supplementing with baby food and treats.  Sometimes he will only eat baby food, sometimes he turns his nose up at everything.  But I’ve discovered that he especially loves Gerber Graduate Lil’ Sticks.  They are like Vienna sausage for toddlers.  Currently, we are buying about ten to twelve jars a week.  Hope still knows how to train us to get what he wants. 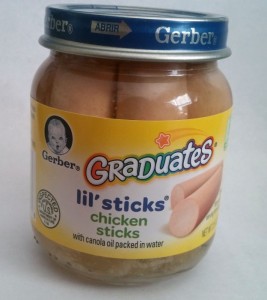 One amazing thing that has happened recently is that he is jumping a little.  He has not done that in months.  The other morning he woke me up as he usually does by barking at me.  When I didn’t move fast enough he actually put his front feet on the bed and woofed at me.  I have not seen him be able to move like that in a long time.  He’s done that several times now, along with a little half jump as we are hurrying to the back door.

Oh, and about a week ago when we were having heavy rain I was standing at the door, urging him to go out and he was just frozen, not moving at all.  I thought he just didn’t want to go out in the rain.  All of a sudden he took off!  I saw a squirrel about twenty yards away, scurrying across the yard with Hope running for all he was worth right behind him.  I never thought I would see him chase a squirrel again and it made me cry.  After he hiked his leg on several trees and bushes to mark his territory, he came back to the door very frisky and proud of himself.  If only I could have videotaped it.

The photo for this post was taken just two weeks ago when Hope was participating in the Paws and Pages Program at the Gwinnett Animal Shelter.