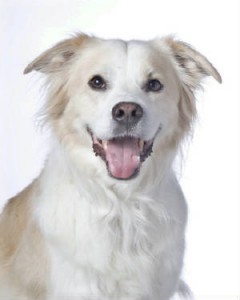 Because this is so new to me, I’ve decided to share Hope’s journey in this blog. I don’t know how it will end, but we will all go through it together.

Hope’s symptoms has us stumped at first. It started with a subtle shaking of his rear legs, panting and weight loss. He has always been a thin dog so we were very concerned that he was even thinner. Then one day he collapsed while walking through the house. We took him to our veterinarian who did x-rays on his back and hips. Everything was clear so she sent us to see a veterinary neurologist.

After the neurological exam, it was recommended that we have an ultrasound and MRI done on Hope. I can tell you that these tests are very expensive, but how could we look at Hope and deny him a diagnosis. So out came the credit cards.

We received phone call after the ultrasound that swollen lymph nodes were discovered and an aspiration was done. So instead of proceeding with the MRI they wanted to do a bone marrow aspiration instead and that’s when we got the diagnosis of lymphoma and the neurologist turned us over to a veterinary oncologist.

The oncologist told us that with treatment, Hope had an 80-90% chance of remission, but without treatment he would probably die within a few weeks. Some people would opt out at this point, especially with an older dog. But we decided to move forward and Hope had his first chemo therapy treatment today.

Did I mention that Hope is a Therapy Dog? He still loves to meet new people and go places, so there was no question that we will do whatever is possible to save him. He still has a lot of work to do.